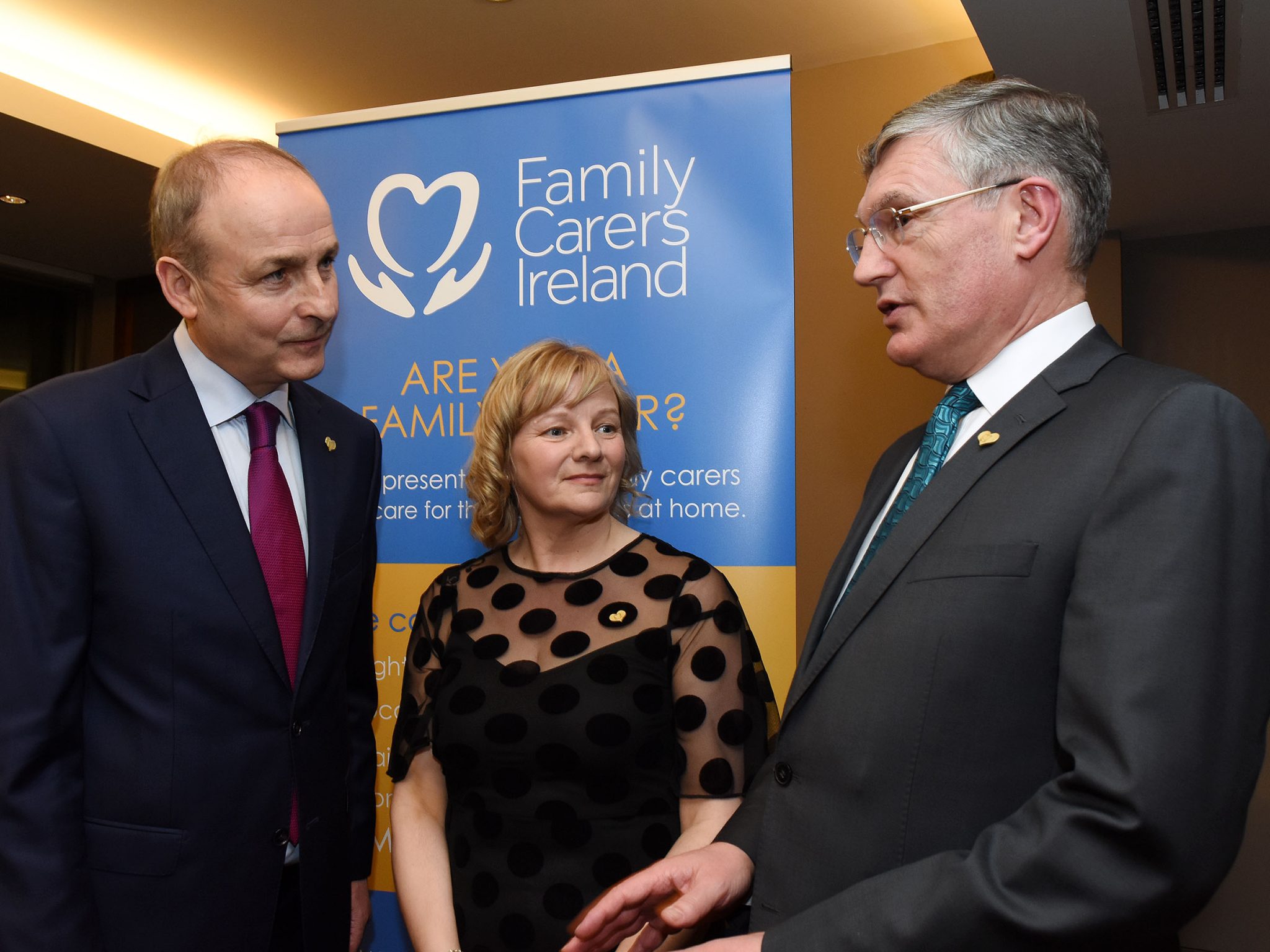 Family Carers Ireland welcomed TD and leader of the Fianna Fáil party Micheál Martin to its annual National Respite Weekend at The Clayton Hotel Cork City on Saturday 7th March. Deputy Martin took time to meet with family carers, hear their stories and delivered a pre-dinner address at the event.

The charity took the opportunity to call on Micheál Martin to make Family Carers Ireland’s GE2020 Manifesto asks a red line issue in formation talks for the next Government, particularly to give full-time family carers a right to 20 days respite each year in line with statutory leave available to paid workers.

One in 10 people in Ireland is a family carer with many providing round-the-clock care to a loved one without pay, with limited support and little or no access to a break. Without the €10 billion in unpaid care they provide each year, the Irish health service would crumble. Despite the enormity of their contribution, a recent study* shows that access to respite for family carers has worsened over the last decade. Seven in 10 family carers in 2009 said they had no access to respite, compared to four in ten in 2009.

“Family Carers Ireland welcomes Micheál Martin to the National Respite Weekend – a vitally important time for family carers to recharge their batteries and meet with people in similar situations. We are heartened by his show of support for family carers and want to reiterate to all political parties that they must recognise the essential role that family carers play in sustaining the national health system.  No one can run on empty, yet this group of vulnerable people are consistently being asked to keep going without a break. Paid workers get breaks, weekends off and 20 days of statutory leave entitlement for their 38 hours per week yet family carers, the majority of whom provide over 50 hours of care per week and many more care 24/7 for their loved ones, get next to nothing. This must be addressed in the next Government.”

Family Carers Ireland is the national charity supporting the 355,000 family carers across the country who care for loved ones such as children or adults with physical or intellectual disabilities, frail older people, the terminally ill or those suffering from chronic illnesses or addiction. It provides a range of services and supports for family carers through its 22 resource and outreach centres nationwide.

Notes for the editor:

*Paying the Price: The Physical, Mental and Psychological Impact of Caring study shows that:

Paying the Price: The Physical, Mental and Psychological Impact of Caring was produced by Family Carers Ireland in collaboration with the College of Psychiatrists of Ireland and UCD School of Nursing, Midwifery and Health Systems.