The men and women elected to the 33rd Dáil in Election 2020 are key to building an Ireland where family carers are respected and recognised for the huge contribution they make to families, society and the economy. Where carers feel supported not only to cope with the challenges of looking after someone, but to have a life of their own alongside their caring role.

A life which includes caring but is not overwhelmed by it.

In advance of the election on February 8th 2020, Family Carers Ireland published a Manifesto for Family Carers in which we asked each political party and election candidate to indicate whether, if they form part of the next Government, they will commit to ten pledges over the lifetime of that Government.

We also published a checklist based on responses received by each political party and compiled a list of commitments made by parties in their own manifestos which are relevant to family carers. 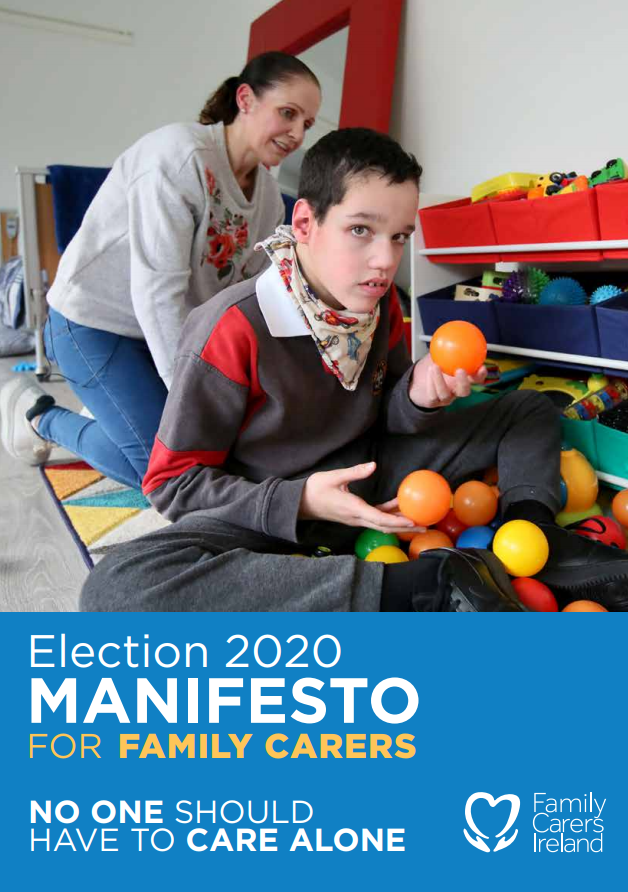 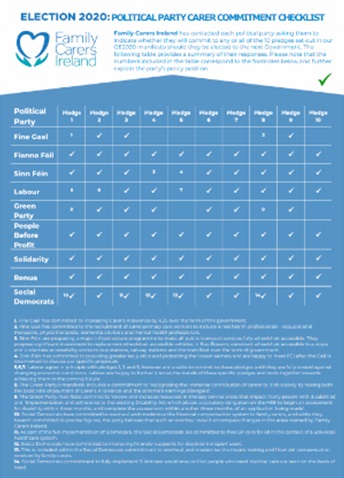 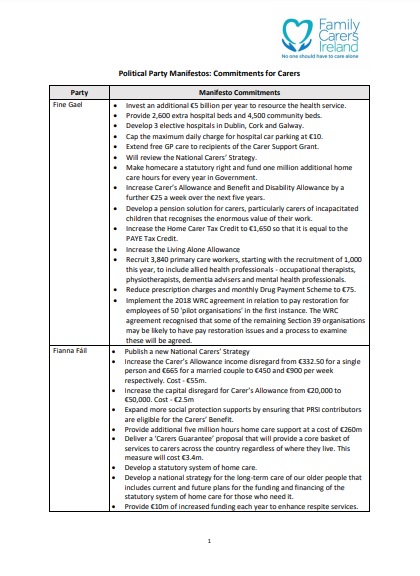 Please click on the links below to read election manifestos produced by Family Carers Ireland. 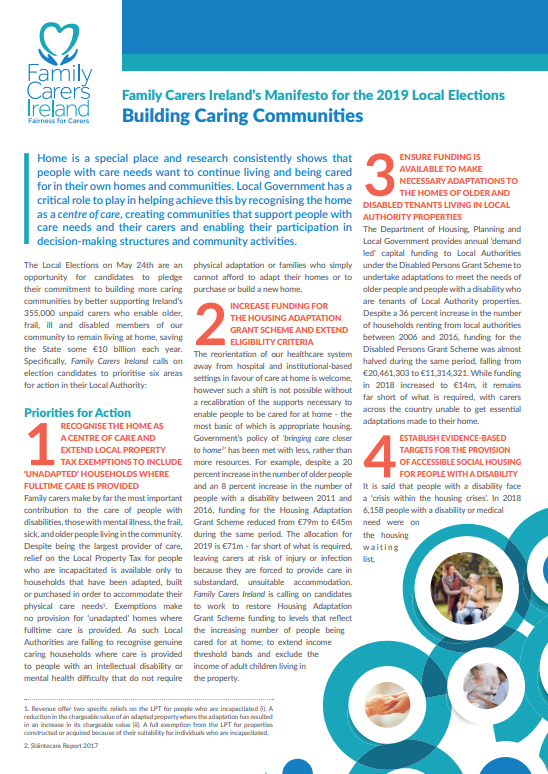 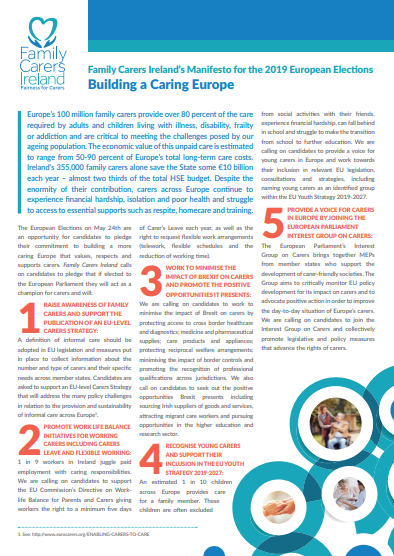 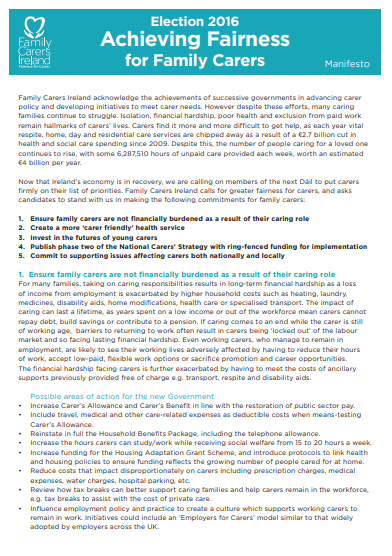